Far away in the Human Space federation, all the planets have been conquered.
Except for one: the Morp Planet.
A gang of miserable aliens live there. They’re known as The Morps.
Humans want to conquer their planet, since it’s the last one free.

Morps it’s a tactical puzzle game where you can match and the un-match the Morps as you like.
Gain Experience, Gold and Diamonds to size up your Crew and make your spaceship bigger and stronger.
Set your perfect strategy and defeat humans
“May the Morps be with you” 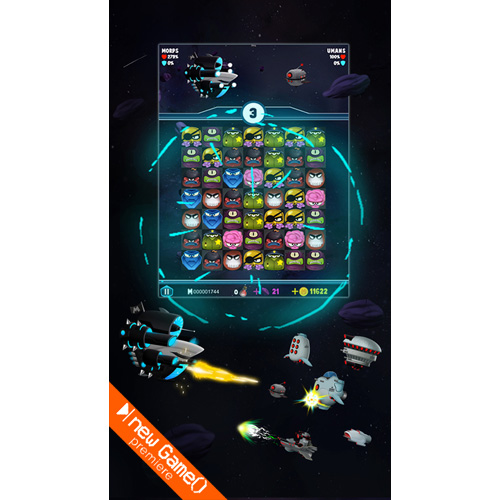 Pocket Rush is a racing game where players have to control their speed to get ahead of the competition. As players advance throughout the game, they can earn virtual currency, buy cars, upgrades, unlock new tracks, compete with friends and other racers, and climb the leaderboards. 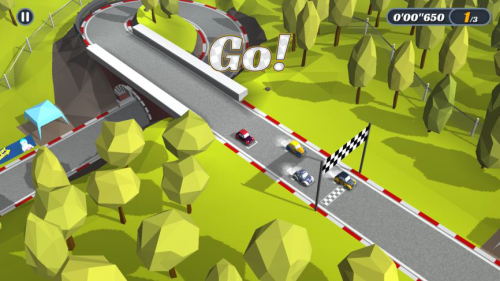 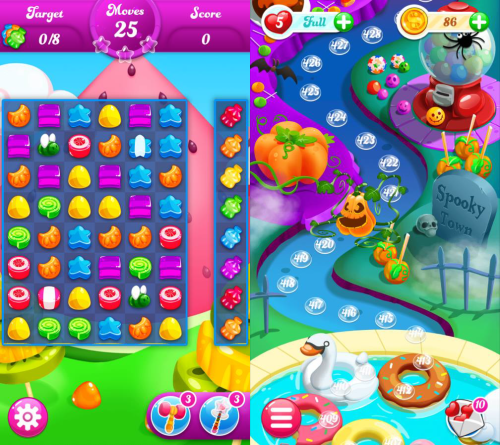 Fury Roads Survivor is an endless arcade, free-roaming game. Players must choose from a selection of modified vehicles and weapons to survive for as long as they can in a postapocalyptic wasteland. Enemy vehicles and shooters will follow the player in increasing numbers until there is no escape. 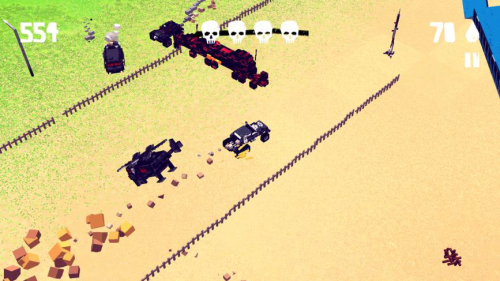 Cookie Clickers 2 is an incremental clicker game where the object is to bake as many cookies as possible. This game went viral as users became addicted to its simple yet compelling gameplay. Now they navigate the world of Cookie Land, completing challenging missions and playing minigames as they go. 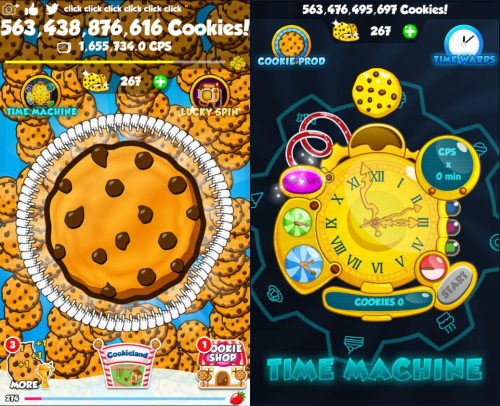 Haunted Manor 2 is a horror mystery game where the object is to escape from an abandoned mansion. Players navigate their way through the haunted residence by collecting clues, finding key objects, and solving puzzles, all while uncovering the manor’s ghostly history. 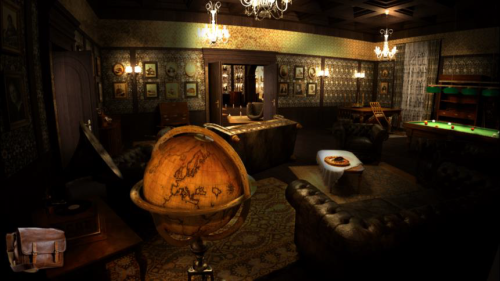 It’s basically cats that drives mechas. Cat Guns is a multiplayer 3rd person shooter arena. You have your pilot, a fully customizable silly little cat, that drive your mecha, a fully customizable bad-ass robot death-machine. Team of 3 players battle in the death match arena for 5 to 10 minutes featuring toon aesthetic and cat’s logic. 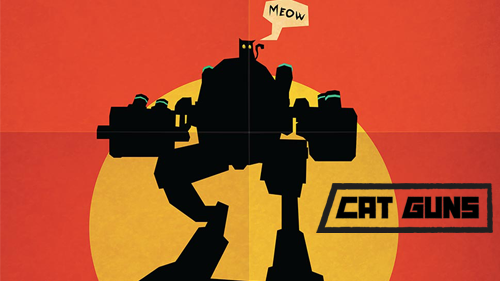 A man with a troubled past, in search of his own answers in a wicked city ruled by an evil dystopian church, will cross paths with legions of devilish fiends on a battle fought exorcism after exorcism. Half bullet-hell, half typing-game, half hardcore. Totally hilarious. 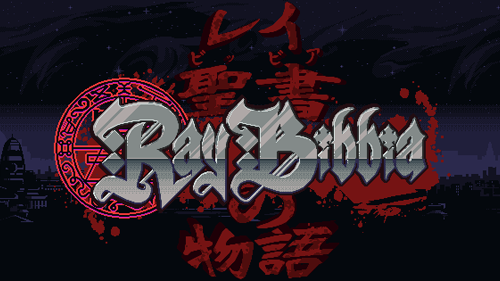 Oops! is a platform-puzzle game in Stop Motion with different styles of playing. The game tells about a love story between two ladybugs who are moved away from each other due to a series of random troubles. The player will have to help one of the two ladybugs to return to his beloved, going through five locations. 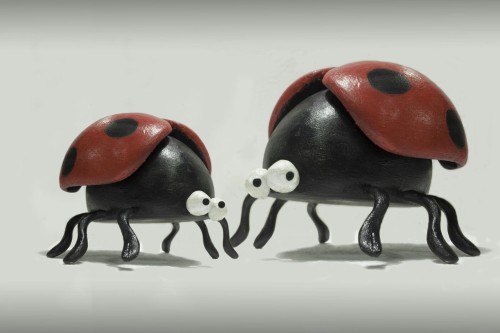 Don’t Make Love is a PC game about a conversation of a praying mantis couple. Constantly torn between their mutual love and the instinct to have sex with its terrible consequences – the possible death of the male mantis -, they are now on the verge of making a decision. The player will be able to assume the role of either of the two lovers with the goal to keep their relationship in balance. Breaking up, staying together or having sex are all possible outcomes. 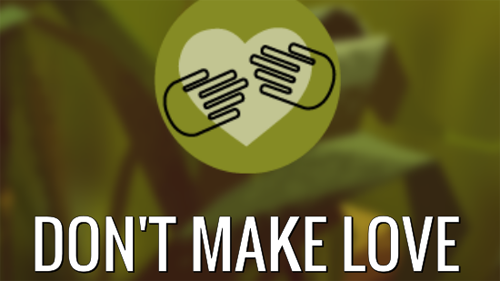 Exit limbo is a neo-retro side-scrolling beat ’em up with adventure elements, currently in production. You play as Mr. Rhino, a disturbed, tortured and furious anthropomorphic rhinoceros who finds himself catapulted into an alternative parallel of his home town on his way back from work. The disfigured city is now populated by his inner demons which manifest themselves in the form of bizarre undead creatures. With nothing but his work clothes on he is left with only his bare hands to tear through the hordes, brutally ripping off their limbs and body parts to utilize them as weapons whilst unlocking new moves which in turn unlock new areas to progress. Ultimately Mr.Rhino has to save a loved one and discover the origin of this madness, annihilating anything that gets in his way…that’s if he can preserve a shred of sanity before getting there!!
The team is passionately producing a game that gives you a dose of nostalgia with good old classic arcade fighting but with tons of creative elaboration, strong art direction with beautifully hand drawn character puppets and textures, wacky bosses, unique level design, a memorable world setting to explore and underneath all the brutality and wackiness; a profound story to tell. The Soundtrack of the game also deserves a special mention as members of the team are avid and experienced musicians, composers and sound engineers. Expect a fabulously remixed album of the soundtrack release with the game!! 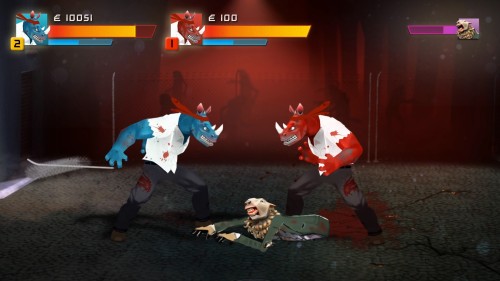 Be the wind and guide a beautiful lantern that spreads the powerful message of everlasting love, by bringing life and color back to the world around you. Lantern is a relaxing game experience full of positive emotions. 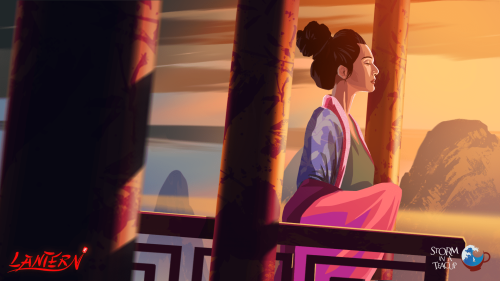 Presented as a classic JRPG inspired by the 16bit era, Terrorbane is a meta-game telling the story of an arrogant videogame developer at his first project, anxious to have someone play his game. The player will be challenged to face a great variety of bugs and glitches while enduring sloppy storyline and broken gameplay. The developer will be a constant presence, guiding and bothering the player throughout the game, creating fun and unpredictable situations. The player will record them in his personal bug list, to help the Dev in his “developing” process and try to collect them all. The game developer will often tire of the project he is making the player test and revolutionize the game from scratch, making multiple playthroughs a core feature of the game. 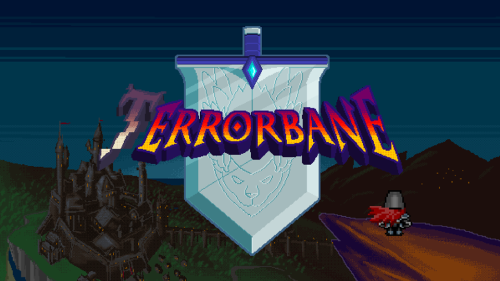 Edge Guardian is a surreal-futuristic action beat-em-up for the HTC Vive. You have been summoned to defend the fringe of reality itself from a horde of reality-eating void cubes. Find yourself immersed in many different eerie landscapes, punching your way through wave after wave of enemies. 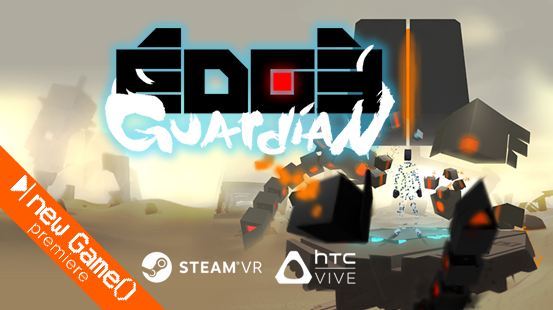 “Assetto Corsa” is an Italian term, meaning “race prepared”, which echoes the passion of every racer in their quest for pure automotive performance.
Therefore, it’s an appropriate title for this racing simulation for the Windows PC dedicated to motorsport and the automotive world. This simulation game is set to include several kinds of vehicles and tracks, including some of the most famous locations in motorsport. These tracks have been reproduced using laser scanning technology, which maps every bump and characteristic of the track. This allows the software to realistically reproduce the behaviour of the car when pushed it to its limits. 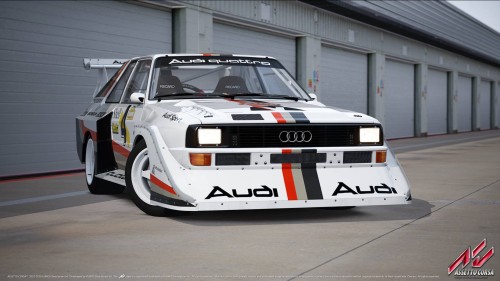 THROW! (Working Title) is an action puzzler in the vein of platformers such as Super Mario 3D World and Wario Land 3… if not the fact that your character can’t jump! How are you supposed to move on, defeat the enemies on your way and put your greasy little hands on a shiny new treasure, you say? By throwing stuff around, of course! (I thought the name would make it clear…) Get aboard your flying ship and explore a plethora of quirky locations in search of loads of coins and shiny treasures. , either by yourself or with up to three crewmates! (Thus bringing the player count to four. How original.) The world will expand the more you explore, and the treasures you find will let you become stronger and open even more paths and gameplay possibilities. 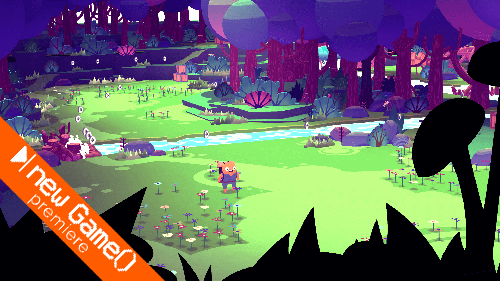 Beyond the Sky is a dark point and click graphic adventure in three chapters, each of which is a story by itself with different protagonists and game elements. It’s a challenging game full of logical puzzles, but it’s also a mysterious journey looking for the meaning of life and death. 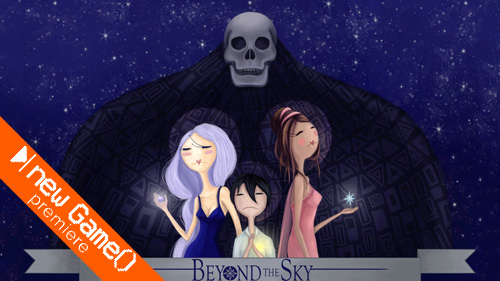 A competitive multiplayer game inspired by the ancient art of Sumo. 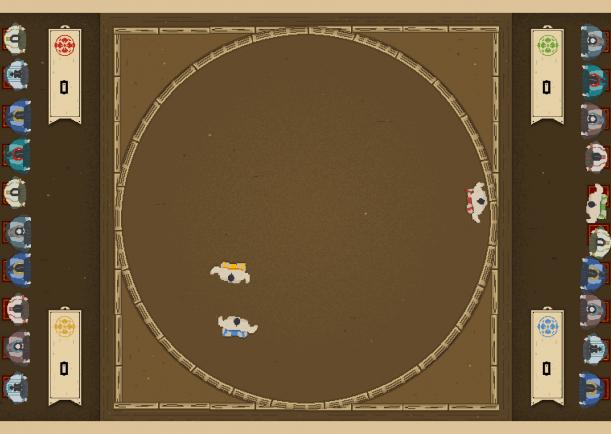 The game is a fantasy adventure; thanks to Virtual reality HMD, the player is totally immersed inside a virtual world and it’s free to move using a completely new Loco-Portation method. This method guarantee a total exploration of the game environment. The player is projected in a fantasy dungeon and starts his adventure inside an abandoned dark prison. He don’t know what happend and he must find the way out exploring the dungeons filled with awful and dangerous enemies, hard puzzles to solve and many different weapons to try. The game is composed by 4 levels that will provide around 2 hours and half of amazing VR gameplay. Thanks to head and hand tracking, the player will be able to interact with the environment using natural movements, obtaining a total level of immersion. Amazing sound track and fx will incredibly improve the gameplay experience. 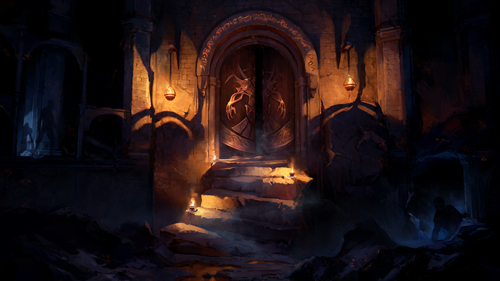 Year 2115. The technology has reached unexpected levels around the world, starting from the main countries leading in the industry and spreading slowly on a large scale. The dependence on technology, however, have led people to deprive themselves of their deepest emotions, scarifying humanity to order and discipline. The last bastion of human instincts, where feelings and emotion can run free and explodes, is the tournament of Leap of Champions. Gradually, all sports have gone to disappear, Leap of Champions, flowing between real and virtual, is the only one survived.

Leap of Champions is a FPS arena shooter, developed by LEAF games & software. The game combines the speed, the precision and the mechanics of a 90s shooter with high quality Sci-Fi graphics. The game will stay true to the core Arena FPS features that all fans of the genre love. We love the idea of a game connecting players all over the world like Unreal Tournament and Doom have made during the years. You will play deep in a Sci-Fi atmosphere abstracted from real-life locations. The fastness of the action will elevate your heart rate because Leap of Champions grants high mobility. The health will regenerate regularly to avoid the gameplay revolves around controlling access to health powerups.

Fight to be the best. Fight to tell the world you’re not like anyone else. Fight to rule over the arena. 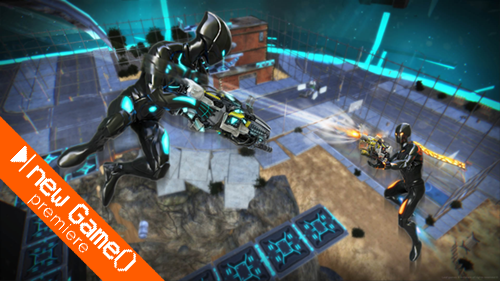 Downward is a first-person open-world parkour adventure set in the medieval ruins of a post-apocalyptic world. Centuries after a cataclysmic environmental event, you must seek out the mysterious artefacts that could have a role in explaining the “End of the Earth”. As a lone traveler, you will embark on a daunting journey through beautiful but treacherous terrains of past civilizations. 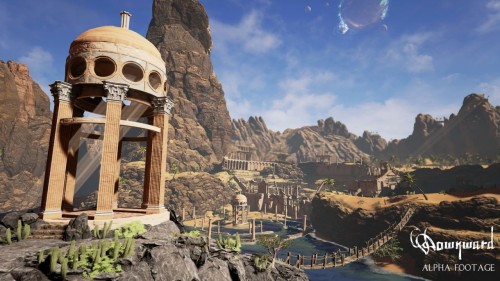